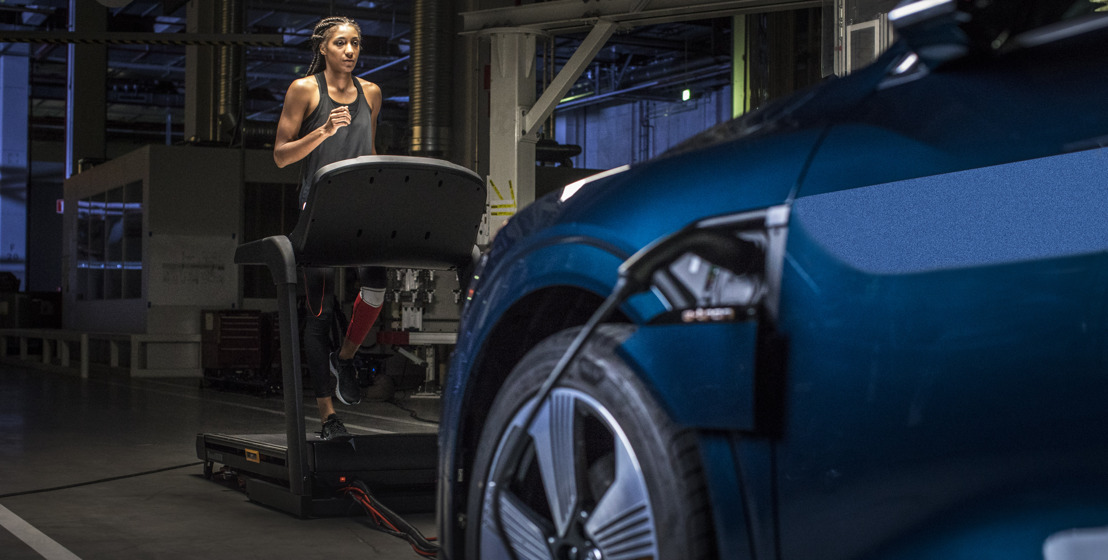 Audi called on Belgian know-how and its factory in Forest to create its first electric-only SUV. "The production line in Forest will make sure the Audi e-tron can drive to every corner of our planet, which is rather unique," Sam De Win, Creative Director at Prophets, says. "Audi Import Belgium wanted to announce this exclusive story to the rest of the world in an original way."

That is how Nafi Thiam, who has been Audi ambassador for several years, came on the scene. The new Audi e-tron uses two powerful electric motors, but could Belgium’s athletic wonder charge the 95 kWh lithion-ion battery? Prophets and Audi decided to find out and put Nafi Thiam on a treadmill at the Audi factory in Forest. The athlete enthusiastically completed a training run there to charge the Audi e-tron’s battery.

The commercial – a showpiece of two top performances – will soon be screened in cinemas and distributed on social media.