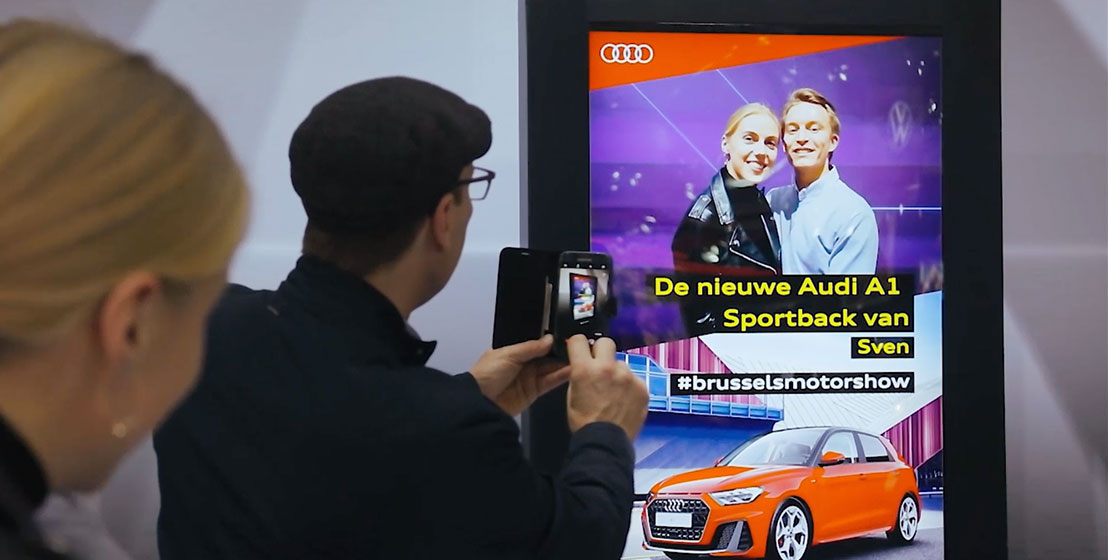 No mysterious Stig or anonymous hostesses who promote the new Audi A1 Sportback, but real-life visitors to the Brussels Motor Show. No fewer than 451 Audi fans configured this spirited urban model, whereby they could choose from 4 body colours and 2 roof colours and rims. Then they posed for the camera at the Audi stand, and those who wished to do so also appeared once again with their personalised Sportback model in real time on Clearchannel billboards throughout Belgium. ​ ​
​

​The fans could also show off the Audi of their dreams on Facebook with the hashtag #brusselsmotorshow. That earned Audi and Prophets a lot of shares and likes. Sam De Win, creative director at Prophets: “An extraordinary Audi with a very personal look calls for a personal campaign image. So we simply got our target group involved. Whatever style you might have, there´s always an Audi A1 Sportback that´s perfect for you.”
​