At the IAB Mixx awards, Prophets took home 3 Mixx awards, making us the second most awarded agency. We received 2 bronze development awards, both for the Mobistar campaigns “#DeelHeelveel” and "Bring the Black Box Revelation Back Together" Furthermore our collaborative platform, De Vragende Partij, was the only awarded campaign in the category best online non-profit.

Later in October, Prophets won a coveted Taurus at the 2013 Prix Europa awards. A contest where 663 campaigns from over 36 countries compete for one of the 13 awards. Our collaborative platform, ‘De Vragende Partij’, was voted the ‘Best Online Project Of 2013’, rising above nominations from renowned broadcasting companies such as the BBC. 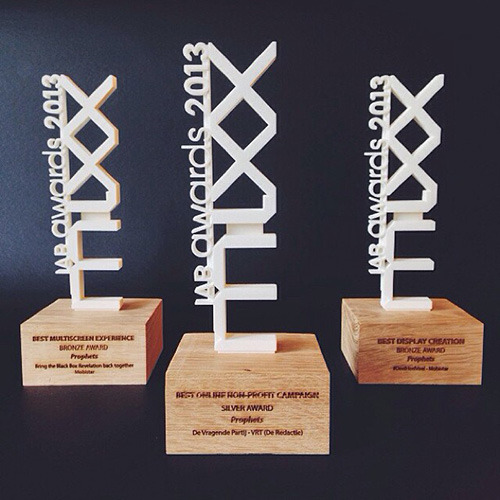