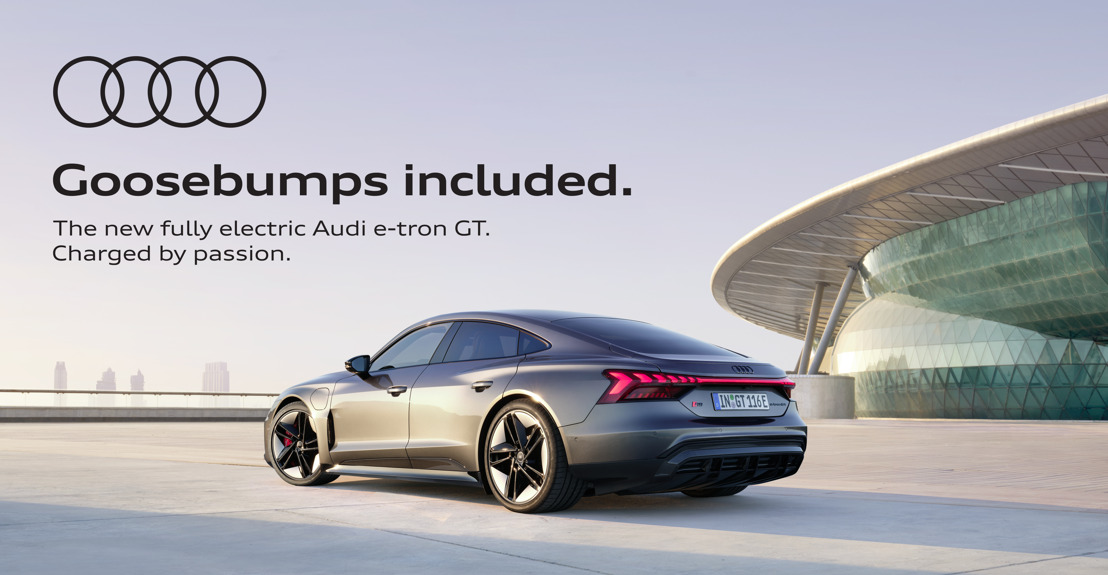 Brussels, 19 April 2021 - For the Belgian launch of its first 100% electric sports car - the Audi e-tron GT - Audi Belgium has decided to collaborate with GOOSE, the famous Belgian electro-rock band. The title track from their new album “Something New” is integrated in a new national campaign.

Audi keeps innovating and thinking ahead: the e-tron GT represents the premium car manufacturer’s vision on the future of 100% electric mobility. A future which is powerful, exciting and durable.

Mickael Karkousse, Dave Martijn, Tom Coghe and Bert Libeert - GOOSE’s enthusiastic band members and Audi ambassadors - share the Audi e-tron GT’s values: striving for innovation, high performance and especially the importance of experimentation. Something which has been part of the band’s DNA since the very beginning.

For a previous project, the band entered the studio with the Audi R8 Coupé V10 plus, for a recording session that was just … thrilling. This resulted in “Circles”, a track featuring the V10 engine as an extra band member, which was released on vinyl in a limited edition.

Today, the band works together with Audi once again, on the occasion of the new album “Something New”. This time, an experimental session featuring the Audi e-tron GT takes place. Discover the result online and on tv soon. It’s guaranteed to give you GOOSEbumps.